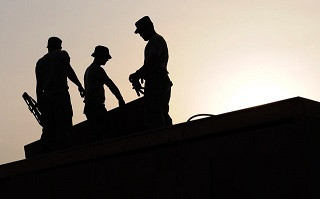 Unions are making big headlines as businesses grapple with the labor shortage and employees leverage their power and forge ahead with collective bargaining. They are trying to make inroads when it comes to compensation and benefits. Now is the time to strike.

One of the most notable, relevant stories in the news is about workers at an Amazon warehouse in Bessemer, Alabama. In the spring, workers there voted 2 to 1 against forming a union. But a National Labor Relations Board official called for a new vote because Amazon was found to have improperly interfered in the vote, according to the Washington Post. As the United States’ second largest employer, Amazon has many reasons for wanting to avoid workers unionizing.

Still, celebrities and even President Joe Biden have weighed in and said Amazon workers should form a union to ensure fairer and safer practices. Starbucks workers in Buffalo are voting now to determine if they will become unionized.

Much like Amazon, Starbucks appears to be working against unionization and is facing charges of unfair labor practices, according to The New York Times. Experts say the vote alone marks a transition into a different era.

“The elections involve only around 100 employees, but a vote to unionize would be among the embattled U.S. labor movement’s highest-profile organizing victories in years, creating a foothold at an iconic global brand,” according to Bloomberg and shared on Yahoo! “It would also extend U.S. workers’ recent momentum into a new arena – the company’s ubiquitous coffee shops, visited by millions of Americans each day, where past organizing efforts have repeatedly fizzled.”

Even sports is facing a reckoning . Major League Baseball entered its work stoppage for the first time in decades. Team owners and players are at odds over new collective bargaining, according to CBS.

These are all signs of the times, and it has C-suite executives jittery. Unions do a lot of good for employees, but their bosses often have a different perspective.

“Businesses often oppose unions because they can interfere with their autonomy or affect them economically,” according to Business Insider.

Why Do Employers Oppose Unions?

Chron outlined the disadvantages of unionization from the employer’s point of view:

Certainly, the latest headlines make it seem like the formation of unions creates animosity between employees and their managers and bosses. But at a time when employees have the upper hand, and people are quitting jobs in record numbers, employers are better off learning to work with unions.

Why Do Unions Exist?

To begin, executives can learn about the history of the Labor Movement in the United States. The earliest strike happened in 1768, when New York journeymen tailors protested a wage reduction. Then, in 1794, the Federal Society of Journeymen Cordwainers (shoemakers) formed in Philadelphia. It marked the beginning of the sustained trade union organization among American workers, according to History.com.

Since then, many more unions have formed including the largest, the International Brotherhood of Teamsters, which dates back to 1903 and is composed of blue collar workers from a number of fields, including freight drivers and workers in warehouses, sanitation, and construction. From the earliest days of the Labor Movement, workers joined in the hopes of using the power in numbers to demand better wages, reasonable hours, and safer working conditions. In 2020, union workers accounted for 7.2 million employees in the public sector and 7.1 million in the private sector, according to the Bureau of Labor Statistics.

While these numbers are lower than they were at other points in history, they are still meaningful. Employers have no choice but to listen more and transition to a more employee-centric workplace, which means providing more flexibility, more empathy, and better compensation and benefits. By all accounts, those are the characteristics that are going to win the talent wars. In other words, the kind of stuff that unions promote are the kinds of things that will win worker’s attention. As a result, executives should at least consider working with the unions, rather than breaking rules to hamper the vote.

Interview Questions You Should Never Ask: Test Your Knowledge!
How HR Can Create a Sense of Purpose in the Workplace
Every HR Pro Should Know This About Identity Management by @tlnt_com
4 Ideas on How To Prevent the Great Resignation From Thought Leaders
🥇26 Best HR Software Platforms For Teams In 2022🥇