by admin
in Talent Acquisition

This audio is auto-generated. Please let us know if you have feedback.

Starbucks interim CEO Howard Schultz on Wednesday announced an expansion to company benefits, which would be unavailable to workers at the more than 45 cafes that have voted to unionize since December. New benefits may also be excluded from workers at stores that have filed for elections but have not held votes yet, the company announced on its website.

While Starbucks will raise baristas’ hourly wage floor to $15 by August at both unionized and nonunion stores, according to materials shared by Starbucks, companywide pay changes won’t apply to unionized cafes going forward. These wage hikes were first announced by Starbucks in October, before any stores had unionized, and will raise the employee pay scale from $15 to $23 per hour based on market location and employee tenure.

“Federal law prohibits us from promising new wages and benefits at stores involved in union organizing. And by law, we cannot implement unilateral changes at stores that have a union,” Schultz said during Starbucks’ Q2 2022 earnings call.

“Starbucks is permitted by law to offer these benefits to workers at unionized stores,” the union wrote. “Our bargaining committees will demand that these modest improvements be given immediately to all the partners.”

Gay Semel, a retired labor lawyer who worked for the Communications Workers of America, said the legality of Starbucks increasing benefits only for nonunionized stores is ambiguous.

“There’s very little [of] what we call ‘black letter law.’ A lot depends on all the other facts,” Semel said, referring to whether Starbucks’ new benefits were intended to dissuade workers from organizing. She added that the unclear legality of specific actions is unlikely to deter Starbucks.

Sid Lewis, a union advisor and negotiator and leader of the labor and employment practice group at Jones Walker LLP, stressed that Starbucks’ approach to the announcement and disbursement of new benefits isn’t illegal.

“It would be unlawful to engage in practices specifically designed to undermine the union, but the company is taking the correct approach from a legal standpoint, and if that has a negative impact on the other stores, then it is what it is,” Lewis wrote to Restaurant Dive in an email.

Lewis added that if a company reaches an impasse with union organizers when a contract hasn’t been solidified, the company can still implement the changes it wants.

John Logan, a professor of labor and employment studies at San Francisco State University, wrote in an email to Restaurant Dive that the legal situation was complicated and “Starbucks management is trying to exploit this to create confusion among employees and to deter them joining the organizing wave sweeping the country.”

“After the Union is certified, the obligation to bargain goes back to the date of the election and the company cannot make benefit changes without bargaining,” Logan wrote.

Benefit changes announced before an election can still be implemented at unionizing stores, Logan added. Starbucks cannot, by law, withhold benefits from workers with the intent to dissuade them from organizing, however.

Semel said Starbucks could have notified the union of its proposed benefits changes before implementing them, despite the obligation to bargain.

“Once the union comes in, there’s a bargaining obligation with the union. But that doesn’t mean that [companies] can’t do anything,” Semel said. Companies can work with unions to extend benefit increases offered to nonunion workers to unionized workers as well, Semel said, especially if members of the union support the changes.

Brian Murray, a Starbucks worker and union organizing committee member in Buffalo, said the union would be happy to accept the benefits changes announced by the company without bargaining.

“It’s pretty clear this is all in response to unionization,” Murray said.

Kylah Clay, a Starbucks barista and organizing committee member in Massachusetts, said the company’s new benefits were issues Starbucks Workers United has focused on and highlighted during its campaign. Clay said Starbucks workers had used employee channels to request similar changes for years prior to the start of the national union drive.

“It seems that they’re addressing all the problems that we have been bringing up on a national level,” Clay said. “All of these benefits would not have been introduced, but for our organizing efforts.”

Alongside the credit card tipping and sick leave changes, among others, Starbucks will resume a training program that awards special “Coffee Master” and black aprons to employees who complete it, fixing noncritical maintenance issues at stores and updating in-store iPads, Starbucks shared in an email. Starbucks will also launch a “Partner App” based on employee feedback and “explore dress code updates related to tattoos, piercings, inclusive apron sizes and color palettes.”

The other benefits will roll out in two phases — the first running from May to August and the second from September to December — at nonunion stores.

To date, 245 Starbucks locations have filed for union elections with Starbucks Workers United. About 6,600 employees work in those stores. As of May 3, the union had won representation in 54 stores, lost in six, and challenged ballots will determine the outcomes in another four stores, NLRB records show. In April, three Starbucks stores in Wisconsin filed for elections with the United Food and Commercial Workers’ Local 1473.

28 Epic Office Party Ideas To Have Everyone Buzzing [2022]

28 Epic Office Party Ideas To Have Everyone Buzzing [2022] 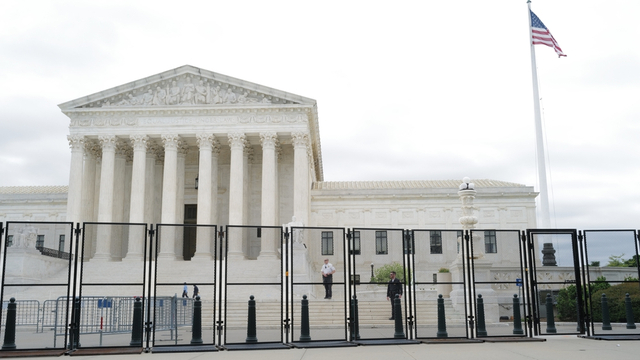