Behaviorists call favoritism a natural human emotion. After all, everyone has a favorite movie, color, ice cream flavor, or song.

People also have implicit biases that cause them to favor others based on likenesses, such as ethnicity, gender, age or religion, according to The Ohio State University’s Kirwan Institute for the Study of Race And Ethnicity.

Social scientists even go so far as dividing people into two camps: “ingroups,” people who favor those with similarities, and “outgroups,” the people ingroups overlook or reject because they’re different.

But in the workplace, managers who favor certain employees over others is behavior that sets back workplace equity and inclusion. In fact, favoritism may even be illegal if it’s biased against protected workers under Title VII of the 1964 Civil Rights Act.

What is favoritism and discrimination in the workplace?

Tony Greenwald, a retired psychology professor at the University of Washington, and Thomas Pettigrew, a professor emeritus at the University of California at Santa Cruz, concluded from research results that favoritism — not overt hostile behavior from racists, homophobes, and other bigots — drives most claims of discrimination.

If your company has a diversity, equity, and inclusion (DEI) program that isn’t working as planned, favoritism could be the cause. Recruiters and team leaders who single out some people to recruit, hire, promote, and compensate over others could be derailing your DEI efforts.

The challenge for employers is how to maintain a bias-free work environment that supports all workers, including underrepresented workers that you’re trying to attract and retain. Helping your team leaders understand the roots of favoritism and its negative impact on employees may help eliminate this discriminatory behavior and keep your DEI efforts on track.

What are favoritism’s childhood roots?

Employees expect to be treated equally well in the workplace and feel devalued when they’re not. But the workplace isn’t where favoritism begins for most people. It has roots in childhood from parents’ preferences, with often negative, long-lasting results.

More than a few studies show that most parents favor 1 child over another. In fact, a 2006 study published in the Journal of Family Psychology found that 74% of mothers and 70% of fathers admitted having a favorite child.

Parental favoritism — actual or perceived — makes children feel less valued than their favored siblings. Fast-forward to the workplace and favoritism rekindles the childhood memories that made adult workers feel worthless, depressed, anxious, and even aggressive.

How is favoritism exhibited in the workplace?

Favoritism remains “alive and well” in the workplace, even as more employers prioritize DEI, according to 94% of employers and 74% of employees in a Just Capital report.

A 2016 Central Michigan University study identified how executives, supervisors, and others with authority typically show favoritism. Their actions for and with favored employees include:

These are just a few ways that bosses play favorites. However, the list is long enough to show how unfairly they treat employees they undervalue and how transparent their actions are.

Answer to see the results

Bosses aren’t hiding their favoritism. Researchers in a 2011 study by Georgetown University’s McDonough School of Business and Penn, Schoen, & Berland Associates, a D.C.-based research firm, found that among senior executives at companies with at least 1,000 workers:

Even managers in this survey know that favoritism doesn’t guarantee the best candidate for job advancement.

So why do managers continue favoring certain employees? And do they know how favoritism affects the employees they overlook? Teams of academics researched the impact on these workers and the results weren’t surprising.

What is favoritism’s impact on employees in the workplace?

A 2018 Fisher College report found that employees not only saw favoritism as unfair, but that they also had negative attitudes about their job, company, and boss as a result. The employees said they felt:

The report also found that subordinates who experienced the highest level of favoritism:

These academic-based reports show that favoritism has consequences for employers that are trying to maintain a fair and equitable workplace for all employees.

Favoritism has consequences for employers that are trying to maintain a fair and equitable workplace for all employees.

But do consequences include employee lawsuits based on favoritism? The answer is yes, when they involve mistreatment, discrimination, or harassment that violates civil rights laws.

Employee claims of workplace favoritism in the courts

A preference for certain employees amounts to the unfair treatment of others. For instance, plaintiffs in discrimination lawsuits often cite favoritism, or unfair treatment, as the source of their grievances. And courts recognize these claims as legitimate.

In the case of Ibrahim v. Alliance for Sustainable Energy, 2021 U.S. App. Lexis 11349, — F.3d, the 10th Circuit Court of Appeals ruled in favor of the plaintiff, Erfan Ibrahim, Ph.D., who claimed he was fired for the same infraction, sexual harassment, that another manager was merely placed on leave for committing.

Although the Alliance for Sustainable Energy accused both managers of serious misconduct, Ibrahim convinced the court that he had made the case against favoritism. However, the Pakistani Muslim executive lost his claim of racial discrimination.

The lesson for employers is to rid the workplace of favoritism or risk losing a costly, time-consuming court battle.

How employers should respond to bias complaints from employees

Your DEI plan should have steps for handling complaints before they become court cases.

Jared Pope, CEO and founder of Work Shield, a firm specializing in resolving organizational conflicts, believes that to have a DEI-centered culture, companies must respond to, investigate, and resolve every complaint they receive in fewer than 5 days, or at least within a week.

“The national average for companies to intake, investigate and resolve any incident is 25-30 days (and that’s on the fast side),” Pope wrote Workest by email. “When it takes employers (of any size) this long to ‘hear’ an employee, are they creating a #beheard culture to propel their DEI initiatives and plans? The answer is no.” Instead, Pope added, employers create feelings of anxiety in workers, raising such questions among them as “does my employer really care?” or “do they truly hear me?”

Handling complaints in an untimely, inefficient way can cause employees to feel resentment and become so frustrated that they take legal action against their employer, Pope noted.

Your DEI plan should have steps for handling complaints before they become court cases.

Ignoring or mishandling workers’ complaints based on favoritism can undo your best DEI plans.

Favoritism vs “distributive justice” in organizations

“Relative to DEI, toxic favoritism is often a symptom of what is known as ‘distributive injustice.’ ‘Distributive justice’ [on the other hand] applies fair and impartial practices to reduce disparities between diverse groups,” Chase noted. “The purpose of distributive justice is to conceptualize diversity through perceptions of ‘inclusion.’”

Chase added that through the social identity approach, distributive injustice can “suppress performance and merit by assigning unjust blame toward non-similar employee groups.” She noted that this happens when “the dominant culture in an organization holds a social identify class that is the prevailing organizational class,” a theory she attributed to a study published by the International Journal of Social Science Studies.

“Diversity and inclusion practices need to be clarified along with corresponding accountability to prevent either real or perceived favoritism. This is a complex issue often stemming from accepted organizational behavior norms that have gone unchecked,” Chase noted.

How to rout out favoritism in your organization

You won’t totally rid your organization of favoritism, but you can make sure it doesn’t interfere with your DEI goals.

According to the job board giant Indeed, getting favoritism in check is easy with education and training. Here are strategies to start the process:

Your company’s investment in DEI is worth protecting from the employment favoritism that makes these programs necessary.

Recognizing favoritism as a major cause of action that deprives largely underrepresented workers from thriving is necessary to advance your DEI initiatives.

Finally, you don’t have to wait until your company is sued for discrimination based on unfairness. Taking preventive action to stem favoritism can help advance your DEI efforts.

Employee Learning Curve: Ways To Get Employees Up To Speed Fast

Employee Learning Curve: Ways To Get Employees Up To Speed Fast

The Science of Small Talk—Why Small Talk Has Big Impact 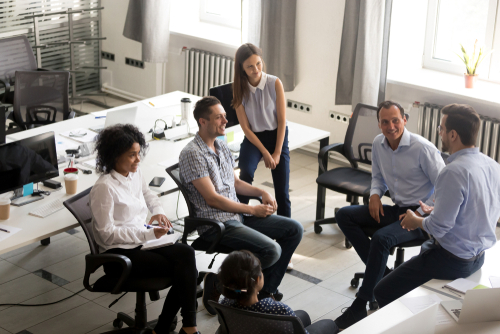 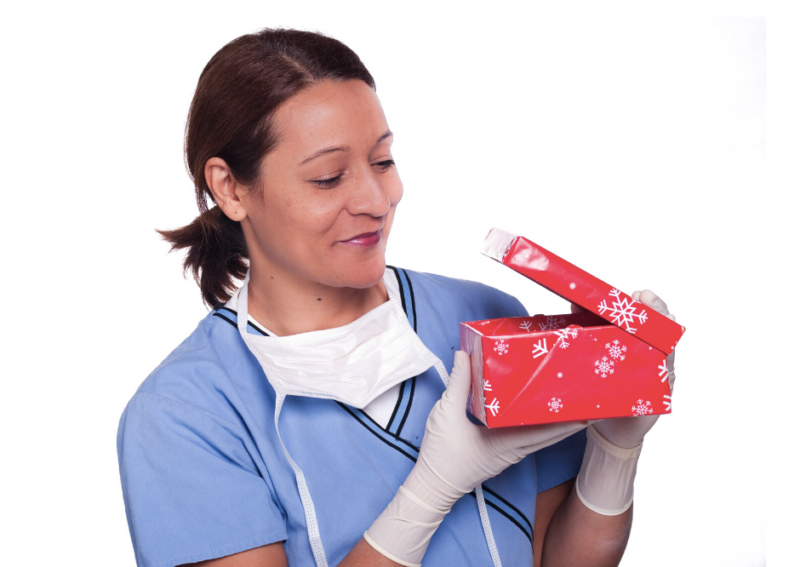 Beat the Great Resignation with this Five-Step Onboarding Process

What Are Good Employee Engagement Questions